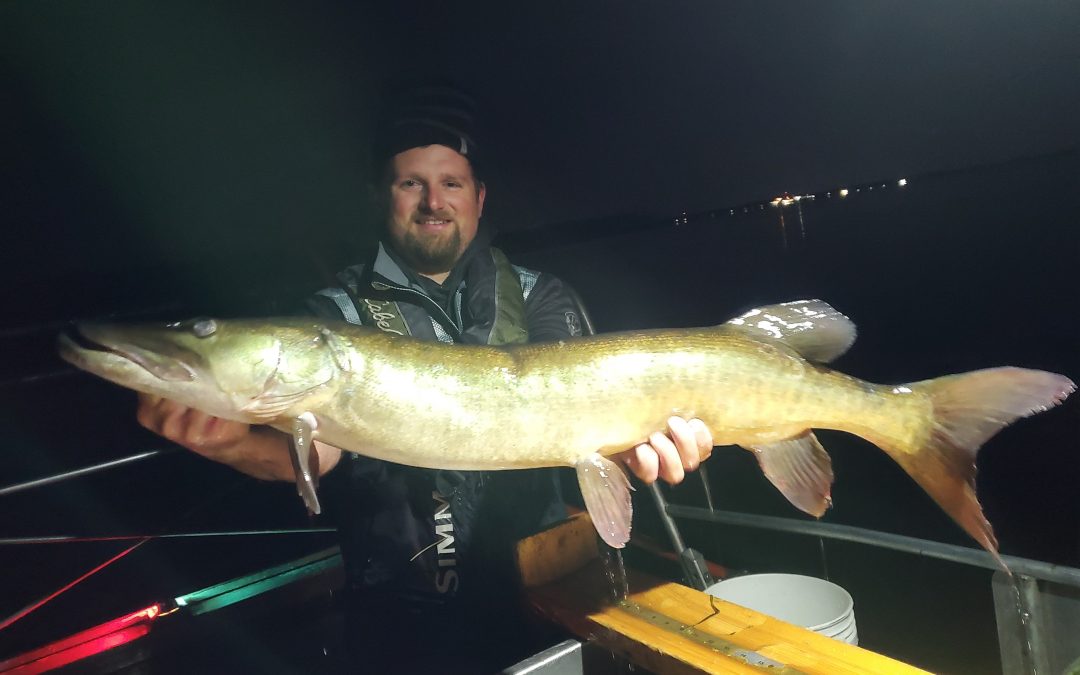 First WI Muskies Inc member Josh Rabska assisted DNR Biologist Joseph Gerbyshak last week. The DNR was doing a year of young Walleye study on Lake Wissota and Long Lake. After dark two electroshocking boats patrolled the shoreline electroshocking and netting walleye and muskies as they were temporarily stunned. They were then placed in a temporary aerated holding tank for them to recover, every so often they would stop, measure each year of young walleye to the nearest tenth of an inch and then promptly release them.

They would also measure the musky the same way, check for a PIT or FLOY tag. If no existing tags were present they would PIT tag the musky, record the info, and then promptly release them. The electro-shocking surveys took several hours to cover the respective lakes. 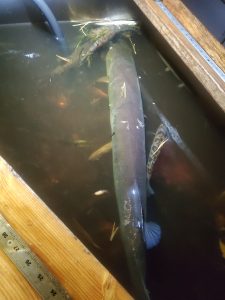 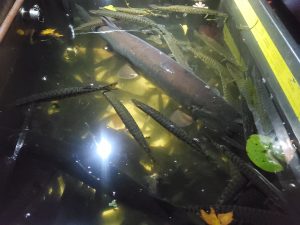