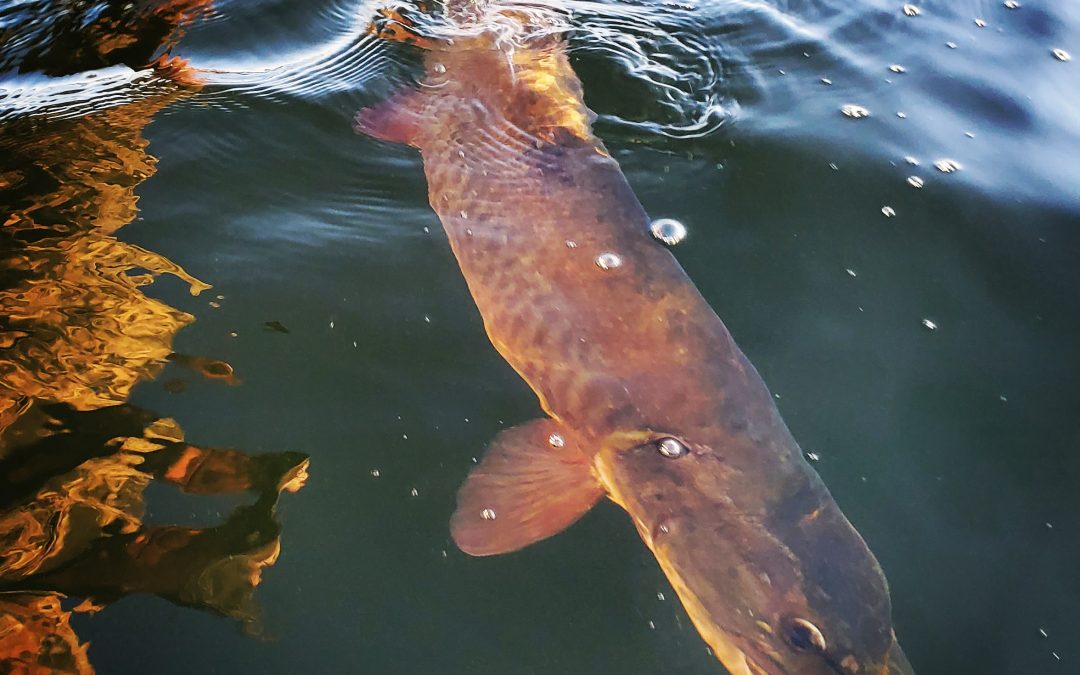 There was a neat Research Article that was just shared by the Minnesota Muskie Alliance that we shared  on our First Wisconsin Muskies Inc Facebook page. Here are the details of what has been released:

MANAGEMENT BRIEF: Are Muskellunge Affecting Fish Communities in Waters Where They Have Been  Introduced? A Re-examination of Minnesota’s Stocked Muskellunge Waters

We’ve been waiting over 3 years for this study to get Peer Viewed and published. We’ve called it Knapp  2.0 and will get the paper up on the website as soon as we can. Here are the highlights.

The only outlier in the original Knapp study was the impact that Adult fish have over 15 years in the  system. This addresses that.

CPUE= Catch Per Unit Effort. That’s signifies that they went out trying to catch fish in a net or electro fishing.

In the case of White Sucker CPUE, lakes in both study groups generally declined over the past 30years,  but the stocked lakes showed evidence of a stronger decline associated with Muskellunge stocking.

Walleye CPUE and mean weight as well as CPUE for Cisco, Bluegill, and Black Crappie had no significant  dif- ference following the introduction of Muskellunge relative to reference lakes

We observed a significant increase for Walleye CPUE in stocked lakes relative to the reference lakes  when a 15-year gap was used.

Bluegill populations in Minnesota appear to be independent of Muskellunge management. Wolter et al.  (2012) reported Bluegill as the primary prey for Muskellunge in the absence of soft-rayed prey but found  no evidence that Muskellunge had any detrimental effect on Bluegill CPUE. Attempts to control Bluegill  via stocking Muskellunge (Snow 1968) and hybrid Muskellunge (Storck and Newman 1992) have proven  unsuccessful, which suggests that Muskellunge and Bluegill interactions are minimal.

Our study confirms the findings of Knapp et al. (2012), who found no changes in Black Crappie gill-net or  trap-net CPUE for 41 stocked Muskellunge lakes. This is not unexpected, given that Muskellunge prefer  soft-rayed fusiform prey, as noted earlier. However, our findings con- trast with Siler and Beyerle (1986),  who observed a decline in Black Crappie trap-net catches, which they associated with a high-density

Our results indicate that trophy Muskellunge were present in the stocked lakes, and their presence has  not adversely affected game fish populations in these waters, substantiating the conclusions of Knapp et  al. (2012) while including 12 additional years of data and reference lakes. Our study was based on the  Mississippi strain of Muskellunge stocked in Minnesota lakes, but results should be of interest to  fisheries managers elsewhere because the study lakes represent a broad range of habitats, likely similar  to many throughout the native and introduced range of Muskellunge.

We suggest that if Muskellunge in our study lakes were the predominant factor affecting other species  in the fish community, we would expect to observe declines in relative abundance in the lakes without  Cisco, particularly because we documented significantly lower White Sucker CPUE. Yet, we observed no

negative changes associated with the introduction of Muskellunge for the other study species. These  observations imply that despite the ability of Muskellunge to attain great sizes, the densities present in  this study are not sufficient to shape the fish communities through predation.

These data show that Muskellunge stocking has not had consistent negative effects on game fish  populations in Minnesota, and for several metrics it was associated with beneficial changes.